A Kurd with Turkish citizenship who has repeatedly been denied refugee status for the past 14 years by the Japanese government is currently being held at a Tokyo Immigration Bureau internment facility. The man provides just one example of Japan’s unwillingness to accept refugees, who have just a 0.2% chance of being granted asylum.

“This is a human rights violation. I’ve been separated from my family. If I have to go to the hospital, they take me in handcuffs.”

FNN sat down with Mehmet Çolak, a 38-year-old Kurd of Turkish citizenship who has been interned at the Tokyo Regional Immigration Bureau in Shinagawa since January of this year. Kurds are a race of people that hail from Middle Eastern countries such as Turkey, Iraq, and Syria, and describe themselves as the world’s largest race of stateless people. The ethnic group has repeatedly been the target of persecution throughout the region.

Çolak participated in independence movements while he was living in Turkey. When he began to feel that his life was in jeopardy, he came to Japan in 2004 to take refuge with his older brother, who was then living in Saitama Prefecture, leaving his pregnant wife behind. His wife soon came to be with him, and the couple now lives together with their three sons. Their Turkish-born oldest son is an eighth grader, while their two younger sons, both born in Japan, are in elementary school.

With over 2,000 members of the oppressed ethnic group living there, Saitama Prefecture is said to be home to the largest Kurdish population in Japan. However, of all the Kurds in Japan, not one of them has been granted refugee status.

“I Haven’t Been Able to Work in Fourteen Years.”

Photography and audio recordings were prohibited during our interview with Çolak, which was conducted under the supervision of an Immigration Bureau employee.

“A week after arriving in Japan back in 2004, I came here to the Tokyo Regional Immigration Bureau and submitted my first application for refugee status. I was rejected at that time, but was granted a provisional release, meaning that I would be allowed to reside in the country but could not work. I applied for refugee status twice more, but was again rejected both times. While I was in the middle of applying for the fourth time, I came to the Immigration Bureau in January earlier this year to get an extension on my provisional release status, but was told that, “We will not be granting you an extension today.” I was then taken from my family, who had accompanied me that day, and was interned here.”

Çolak shares a room covered in nylon faux-tatami mats with eight other people. As all of his cellmates are from different parts of the world, the lingua franca of their cell is Japanese. They rise at 7:00 in the morning and go to bed at 10:00 at night. Besides three meals a day, the rest of their time is left to their own discretion; some of them meet lawyers and other visitors for interviews, exercise, or bathe.

Çolak’s family is now being supported by his older brother who, being married to a Japanese woman, holds a spousal visa and is thereby able to work.

“I haven’t been able to work in fourteen years,” says Çolak. “My oldest son is a Turkish national, but my other two boys were born here in Japan. They haven’t been granted Japanese citizenship by the government.”

Even stateless children in Japan are able to attend school. However, their statelessness means that the rules are not applied so strictly when it comes to attending the nine years of compulsory education in elementary and junior high school. There are more than likely children like this who are falling through the cracks and not getting an education.

In May of this year, US President Donald Trump introduced a zero-tolerance policy toward illegal immigration. Since then, over 2,000 children attempting to enter the United States have been forcibly separated from their parents. This policy has been the target of criticism from people all over the world, including many Japanese nationals, but the fact of the matter is that similar instances are occurring within Japan’s own borders, without the knowledge of the public.

“I’m allowed to speak with my family on the phone, but I have no idea when—or if—I will get out of here,” Çolak says. “I’m worried about my wife, who has a heart condition. This is a human rights violation. Where in the Convention Relating to the Status of Refugees does it state that an asylum-seeker can be detained indefinitely? Why are they holding me at all? Are they trying to tell me, ‘Go back to Turkey’?”

The Convention Relating to the Status of Refugees guarantees displaced persons’ basic human rights while prohibiting deportation to countries where they will be subject to persecution and helps expedite the process of gaining permanent residency.

Japan adheres to the Convention. However, it has some of the strictest guidelines in the world when it comes to applying for refugee status. Last year there were approximately 20,000 asylum-seekers who had applied for this status in Japan. At present only around 11,000 of those submissions have been processed. Out of that number, only 20 people were approved by the government, accounting for less than 0.2% of all processed applicants.

In an attempt to deal with the nation’s continuing population decline, the Japanese government is moving toward a policy of more proactively accepting foreign laborers. But this openness is not mirrored in policy addressing asylum-seekers.

Welgee is a nonprofit organization supporting asylum-seekers residing in Japan. Watanabe Sayaka, a representative from the group, spoke with FNN about the current state of affairs: “While these people are not being forcibly repatriated, they are currently stuck in a kind of limbo where the government tells them, ‘You can stay here, but you can’t work.’ It’s absurd.”

“However, our group fundamentally believes that people even if someone is denied refugee status, that isn’t the end. We work alongside them to try and create the means for them to attain legal status in this country if they are unable to achieve that as refugees.”

Other than trying to help asylum-seekers receive refugee status in Japan, Welgee is currently trying a new initiative in Chiba Prefecture to create a community of asylum-seekers who are unable to get work permits.

“There are many asylum-seekers who view Japan as a peaceful country that touts an excellent human rights record—one that has adopted the Convention Relating to the Status of Refugees. But the fact is that the government continues to deny the vast majority of applications for refugee status. We need to start thinking about the issue of indefinite internment and consider the potential human rights violation of these people not getting access to proper medical care.”

There are presently around 600 asylum-seekers being interned at the Tokyo Regional Immigration Bureau, and there are also said to be well over 1,000 more in the Higashi-Nihon Immigration Center northeast of Tokyo in Ushiku, Ibaraki Prefecture, and the Ōmura Immigration Center in Nagasaki Prefecture. People interned in these facilities live out their lives not knowing when they will be reunited with their families again.

Minister of Justice Kamikawa Yōko illustrated the government’s stance in regard to interned asylum-seekers at a press conference after a cabinet meeting on May 29: “Persons currently being held at immigration reception centers nationwide are those who do not fulfill the legal requisites for residing in this country or are those who, according to our penal code, have committed crimes and have thereby been judged as persons undesirable for residence in Japan.” Kamikawa also opined that, “It is of vital importance that we end the internment of these persons swiftly by deporting them back to their home countries.”

Our meeting with Çolak lasted for 30 minutes. After our supervisor from the Immigration Bureau announced that time was up, Çolak made one last statement.

“The fact that I have agreed to this interview may very well mean that I will never be granted refugee status. Regardless, I want people to know that this kind of thing is currently going on in this country.”

The Japanese government needs to carefully consider its position on human rights in regard to asylum-seekers. 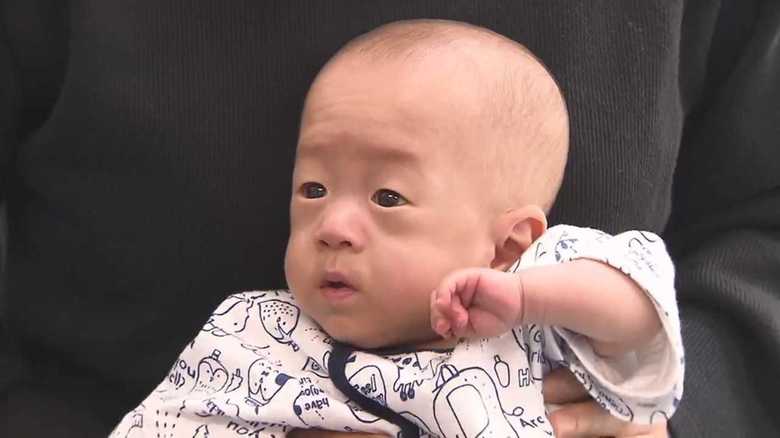 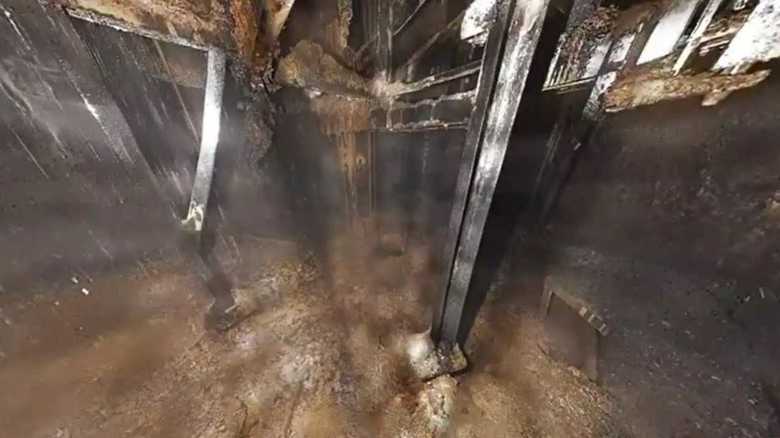 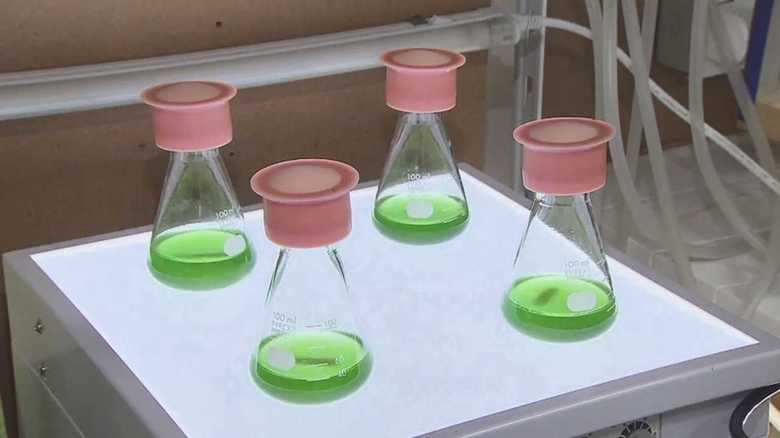 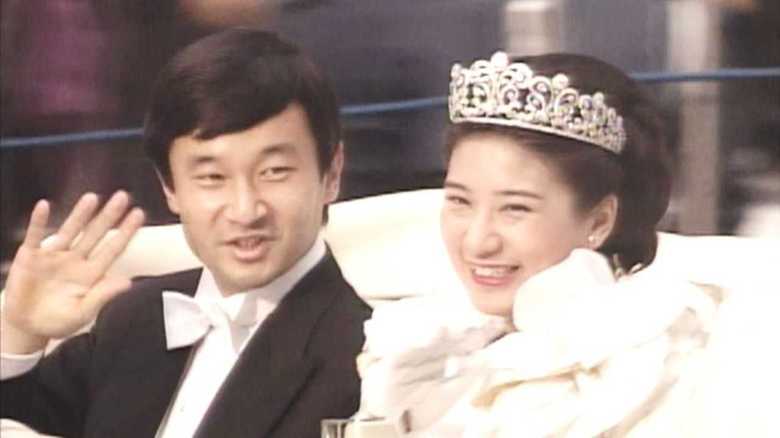 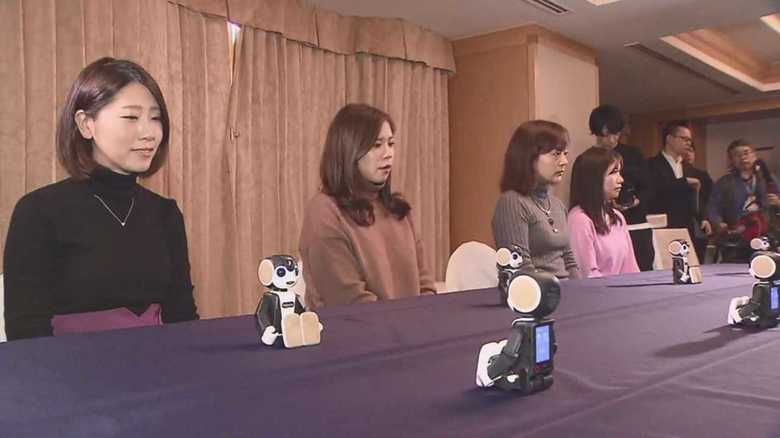